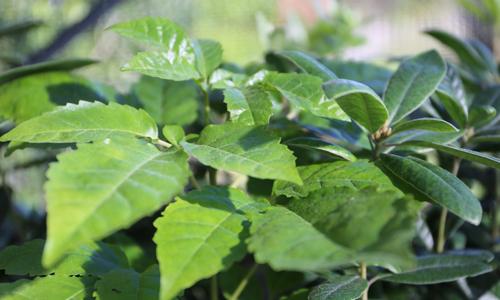 Our identity as tangata whenua connects our identity to our relationship to the whenua, including plants. Graham is living out this language

Graham Atkins is at one with the land. We met Graham while filming interviews to go with articles on Ngati Porou.com. We had been staying the night at Rangitukia, and we drove across to Tikapa the next day to meet and interview Graham. Here’s where I need to be honest.

It had been pretty cold the night before. So cold in fact that I turned my electric blanket all the way up. And I was still cold. When we turned up to Graham’s he was just coming back from a night in the bush. Where he’d been sleeping in the snow…

But Graham’s love of the land goes beyond just enjoying its beauty. At his beautiful kainga in Tikapa Graham has been working for years now on a project to conserve endangered plants from across the Ngati Porou rohe. Graham had set aside a covenant block where he’s growing native bush including many rare species. You could see the destruction on the other side of the fence where cattle had eaten everything but the manuka. Graham described how out in the bush the wild cattle and deer are destroying all of the native undergrowth, turning it into a sort of green desert.

One plant in particular caught our eye amongst Graham’s oasis. The Kowhai ngutukaka is a particularly beautiful and endangered plant. It used to grow plentifully around pa sites and had a seed that tasted like a sweet pea so was a delicacy. Papa Tate Pewhairangi, ( who we had interviewed for a story the previous day) even noted the Kowhai ngutukaka is so precious that it is used as a pattern in the whare at Pakirirkiri marae, as well as in the wharenui Ruatepupuke now based in the Field Museum in Chicago.

Nowadays the plant is very rare, being devoured and destroyed by wild cattle and deer. It’s got to the point where it only grows on cliffs where the animals can’t get at it. DOC workers even fire shotguns out of helicopters to get seeds into cliffs to try to get it to grow.

Pakeha have begun to sell the ngutukaka as the ‘Kaka King’, and have even registered the name as a copyright! As Papa Tate noted it may be genetically the same plant, but if it’s not from our rohe then it’s no longer the same thing.

Listening to Graham’s korero made me sad in some ways. He described the devastation of our whenua, including the massive erosion pouring into the Waiapu. He also noted the need for urgency to act on this devastation which seems to be sadly missing in some forums.

But Graham and his whanau have committed themselves to this kaupapa of keeping these plants alive. Our identity as tangata whenua connects our identity to our relationship to the whenua, including plants. Graham is living out this language. Not only by sleeping in the bush and being physically close to nature, but by keeping these plants alive he is a true tangata whenua, and someone to inspire us all.

Scroll upwards to the main feature video watch an interview with Graham Atkins talking about his passion for the environment.

Graeme has a wealth of indigenous plant knowledge. I am priviledged to be working with Graeme recovering the endangered species ngutukaka from it's threatened satus.
Love this article, love the interview.