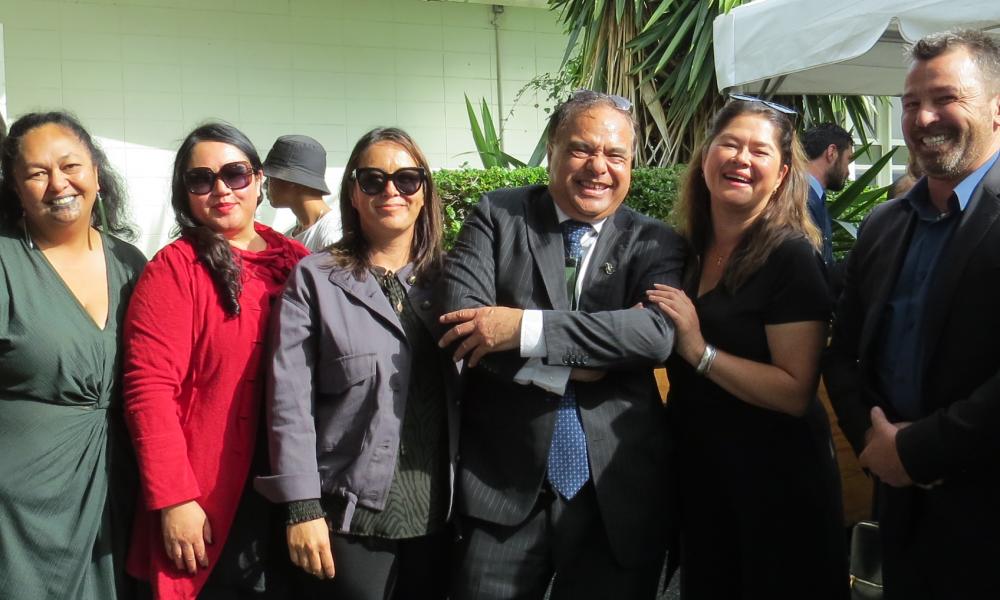 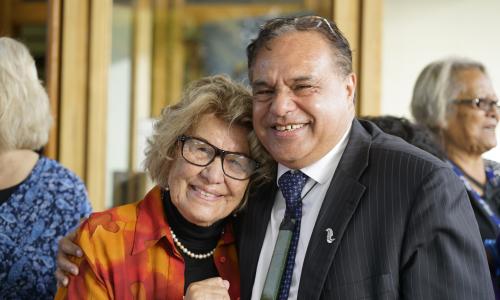 There is a surfeit of opportunities and key challenges ahead.  A great time to put our waka to sea will be after we have re-checked in with our Rangatira, Kaumatua and whanau about what needs to be done.

Ngati Porou welcomed Te Runanganui o Ngati Porou CEO George Reedy at Te Tini o Porou, Kaiti.  Around 200 Ngati Kahungunu whanaunga made the trip to Turanga on Saturday to escort George and his whanau back to the rohe.

While Ngati Porou are excited with Georges arrival in his new role as our CE, Ngati Kahungunu expressed sadness at his leaving.  “We knew this day was coming”, noted Taiwhenua o Heretaunga Chair Mike Paku.  He also made a point of saying Kahungunu was here to take over and that George was their trojan horse!

The day wrapped up with some final words of farewell from TRONPnui Chair Selwyn Parata who thanked Ngati Kahungungu for bringing George home, wished them a safe return, and concluded with a hearty rendition of Ruaumoko.

George Reedy aka George Haig was raised in Tikitiki by his Whangai parents Te Moana (Gam) Rangi and Apikara (Pickles) Dewes.  He is the son of Tamati and Tilly (Te Koingo) Reedy.

‘George Haig’ as he is known in Tikitiki, was named after his uncle George Haig whom his dad worked for as a fencer-general on Kaitoto Station.

“My Tiki cousins didn’t know whether I was a Reedy, Rangi or a Dewes:  so I’m just called George Haig.

George has deep, strong and fond memories of a village of grandparents, uncles and aunties raising children.

“These are my roots: horse riding on the banks of the Maraehara River, spending Sundays at St Marys church, playing with my cousins.”

George says he wasn’t a good student and dropped out of school at 15.  Not longer afterwards, he became a teenage dad taking the hard road to scholarly achievement.  With the support of his wife Gaylene (nee Brown from Mangatu), George gained a number of tohu – he’s a chartered accountant and holds a Masters in Business.

For the last seven years before coming home to Ngati Porou, George has been the tumu whakarae (CEO) for Te Taiwhenua o Heretaunga in Hastings. He was responsible for the delivery of iwi wellbeing services mainly in health, social services, housing, and mental health and addictions.

“My earlier commercial roles equipped me with business discipline, valuable skills and knowledge from both the public and private sectors.”

The major success being improved access and engagement of whānau in their wellbeing journey.

George is excited to be a small part of the legacy that fosters the best of Ngati Poroutanga.

“Living our best lives, helping to develop further the conditions that serve our aspirations.  This may look like tino rangatiratanga over our dominion, good health, justice, warm and safe housing, access to opportunities, learning, and cultural strength.”

When asked about the key challenges facing Ngati Porou, Mr Reedy says, “There is a surfeit of opportunities and key challenges ahead.  A great time to put our waka to sea will be after we have re-checked in with our rangatira, kaumatua and whanau about what needs to be done.”

A healthy, wealthy and wise Ngati Porou is the vision of our new kaihautu.