Fishing has always been an important part of the Ngati Porou economy and way of life, but was this was threatened by colonization. This is the story of our struggle to maintain our right to fish so that we can grow as an iwi.

As with all Ngati Porou economic activity the basis for fishing was based on our own understandings and tikanga (customary practices). These included making offerings to Tangaroa, god of the sea and Pou, god of fish, and a deep respect for the tapu (sacredness) of fishing as it was so connected to the gods. The tohunga Mohi Ruatapu noted this karakia, chanted to inspire Tangaroa:

You are led along, the essence of the fish,

The essence of Tangaroa –

Practically fishing was a substantial operation. Waka would take out huge kaharoa (seine nets) that measured up to nine metres in depth and up to two kilometres in length, and could catch hundreds of fish at a time. This was a highly technical operation requiring great leadership and technology to make such an endevour successful. The fishing would be done in set fishing grounds based on age-old knowledge. Rather than be "sold" the fish was divided up amongst hapu and whanau for distribution, as well a preserved and traded with other iwi. Again, all of this activity was based on our own matauranga (knowledge) and practicing our own tikanga.

However soon Pakeha settlement began to demand more and more resources across the country, not just land but also in the oceans. In 1866 the Oyster Fisheries Act placed closed seasons on collection of kaimoana, and by the end of the century Maori commercial harvesting of kaimoana was banned. These actions went alongside the suppression of Maori rights in many other spheres, including Chief Judge Prendergast asserting that Te Tiriti was a ‘legal nullity’ in 1877. Maori continued to struggle to participate in commercial fishing because of a lack of access to capital and resources as well as legislative obstacles.

Iwi never lost hope in our rights to our fisheries, and continued to struggle for justice. By the mid-1980s Te Tiriti o Waitangi had a renewed life amongst Pakeha decision-makers. In 1987 the Muriwhenua fishing claim was brought successfully to the Waitangi Tribunal by a consortium of far north iwi, and a Maori property right to the sea was upheld by the High Court. The court agreed that iwi had never surrendered their fishing rights guaranteed by Te Tiriti.

The Crown then began to settle Treaty claims with iwi. In 1989 the Maori Fisheries Act gave Maori a share in the New Zealand's Quota Management System (QMS) as well as other limited resources. In 1992 under the "Sealord deal", Maori bought a half share of the giant fishing company Sealord and received a guarantee for future quota. This also established the Treaty of Waitangi Fisheries Commission whose job was to allocate the fishing settlement resources to iwi.

The division of these resources between iwi became a long and drawn-out affair that was resolved in 2004 with the Māori Fisheries Act. Under this act the putea was divided up based on both the size of an iwi coastline as well as the iwi population, and the Treaty of Waitangi Fisheries Commission became Te Ohu Kaimoana. Te Ohu Kaimoana exists both to support iwi fishing aspirations and to oversee the transfer of assets to Mandated Iwi Organisations (MIOs), an iwi’s fishing arm. Te Ohu Kaimoana also established Aotearoa Fisheries Ltd., which is today New Zealand’s biggest fishing company.

Ngati Porou began a consultation process with our people in 2000, and in 2002 we established our own fisheries company, which was one of the first Mandated Iwi Organisations to be approved. In 2006 Ngati Porou Seafoods Limited received fishing quota as well as shareholding in Aotearoa Fisheries Ltd. Today Ngati Porou Seafoods Limited undertakes various fishing activities including being one of only two iwi in Aotearoa who process our own kaimoana, providing work for our people and building our expertise.

It had been a long struggle to regain our rights. As Ngati Porou chairman Dr Api Mahuika noted, Ngati Porou was at the forefront to advocate and protect Maori fisheries interests and rights since the debate on the Waitangi Fisheries Settlement began in 1989. This included political lobbying, taking costly legal action to the Privy Council and United Nations to protect the rights and interests of iwi, and maintaining ongoing dialogue with Ngati Porou hapu and marae to ensure they were informed of key fisheries developments. And now “after all these years this is now an opportunity for us to move forward and focus on reaping the benefits for Ngati Porou.” We had regained our rights. 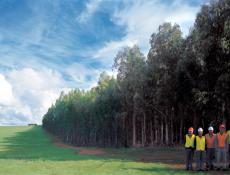