We want our kids to live in a community where Ngati Poroutanga is the culture, immersed everyday in the reo, tikanga and landmarks of my tipuna. Those taonga are the birth-right of every Ngati Porou child and you can’t get them anywhere except within your own turan­gawaewae.

Tarsh Koia and her whanau are living the East Coast dream. At the beginning of 2015 Tarsh and her husband, Manu Caddie, along with their two children Miria (13) and Maioha (9), joined the urban-rural migration and returned home to Tarsh’s slice of paradise – Makarika. Building their own home on the whenua has been an aspiration for the couple for many years, a dream they are now beginning to realise.

In March 1997 when Tarsh Koia turned 24, her new boyfriend (as of that day) Manu Caddie gave her an antique builders level. Tarsh was living in Wellington and had told Manu her dream was to return to the East Coast one day and build on whanau whenua.

A year later the couple were married and on their honeymoon Tarsh got word that her grandparents Matini Koia and Te Rina Koia (nee Makarini) had re­turned from Christchurch to live in Gisborne. “They had come back to Tur­anga twice before from Christchurch,” says Tarsh. “They would get mokemoke for their children and mokopuna down there, then they would miss the Coast and the extended whanau in Gisborne and want to be closer to home again. I knew this would be the last time they moved.”

Matini and Lena raised Tarsh, first on Huanui Station inland from Tolaga Bay, and then in Kaiti, Gisborne. When she was 16, Tarsh went to Christchurch to live with her mother. Like many other Ngati Porou, Meri Koia and most of her siblings, moved from the Coast to big cities for education and employment opportunities in the 1960s and 70s. Christchurch felt a long way from the East Coast – both geographically and culturally.

“So my grandparents were torn be­tween their love for their whanau and love for the communities of Tikitiki and Makarika where they grew up,” recalls Tarsh. “I was young and wanted to look after them as they had cared for me, so on our honeymoon I just told Manu I was moving to Gisborne, and he could follow me if he wanted to!”

Manu (Pakeha and Tongan), grew up in Tauranga and just before marrying Tarsh had just secured a dream job lec­turing in design at Victoria University. “I had to throw in this interesting, well paid job and move to Tairawhiti where I knew nobody and had no work!” says Manu. It was a big decision for the young cou­ple but looking back now they both agree it was the best move they could have made. “It was dif­ficult to begin with but we set­tled into Gis­borne quickly and enjoyed a precious few years living with Te Rina and Matini before he died in 2001 and she passed away in 2012.”

The couple had their first child, Miria, in 2002, and from an early age decided they wanted their children to have expe­rience living in the heart of Ngati Porou on the Coast. “Gisborne is great, but it’s still very urban and Pakeha dominated,” says Tarsh. “We want our kids to live in a community where Ngati Poroutanga is the culture, immersed everyday in the reo, tikanga and landmarks of my tipuna. Those taonga are the birth-right of every Ngati Porou child and you can’t get them anywhere except within your own turan­gawaewae.”

For the last ten years the couple have been actively involved with Penu (Rongo-i-te-Kai) Pa, at Makarika. Manu has been the marae Treasur­er since 2005 and Tarsh has been stepping up to help at tangi, wananga and other activ­ities that hap­pen around the pa. “I just re­member the way my aunty Nanny Kanu (Kaihe) loved the pa and it’s been whānau like her children and our awe­some aunties Hera Gibson and Lucky Reuben who have kept the home fires burning,” says Tarsh.

While the couple talked about plan­ning to ‘move home’ for Miria to start high school, it wasn’t until that time was just about upon them that the work re­ally started. The couple looked at a range of options – renting or buying a house in Ruatorea, relocating an existing build­ing, starting with a shed, using a kitset and even building from local and recy­cled materials.

Penu Pa sits on the original Totaranui block that runs from Makarika to Hiru­harama. Totaranui A1D2B2B is 130 hectares between State Highway 35 and the summit of Tutae-a-Whata and Te Rina owned ten percent of the shares in the block through her nanny Hei Kuia (Henarieta Puhata Makarini). The block is administered by Te Tumu Paeroa and leased by Tarsh’s cousin Te Rina Aup­ouri and her husband Mohi.

The first step was to seek support from the other 300 landowners. Te Tumu Paeroa and the Maori Land Court only have addresses for about 150 of the list­ed owners, so a letter from Tarsh and Manu went out to these owners asking for permission to use a small section of the block to put a house on. The over­whelming response was full support for the request. “There were a number of shareholders very happy to hear that a whanau wanted to live on the land,” says Tarsh. “We don’t know most of them, but of course we’re all related. Many of the older ones lived here in their younger years and would like to live here again but their circumstances make that diffi­cult.”

With support from Te Tumu Pae-roa, the shareholders and current leasee, Manu and Tarsh then had to find a bank willing to lend on Maori land. A govern­ment programme called Kainga When­ua is designed to help Maori build on multiply-owned land – the interest rates and deposit required are the same as any other bank but Housing New Zealand underwrites the loan for Kiwibank, so there is less risk for the lender.

Manu says the Kainga Whenua scheme is far from perfect and very frus­trating at times. Because the bank can’t use the land as collateral they will only lend what the building is worth. Reg­istered valuations ($800 each) must be done at each step of the build to allow the next amount of funds to be drawn down to pay for the builder, materials and sub-contractors. This adds signif­icant costs and delays to the building process. “This probably would have had less impact if we had started the build before moving!” says Manu. The whanau have been living in caravans at Penu Pa all year waiting for the house to be built.

“In many ways it’s been the perfect transition from the city to the Coast. Living in caravans at the pa has its chal­lenges, but it’s also been like one long camping holiday for the kids and we’ve been able to pay rent to the pa instead of someone else.” 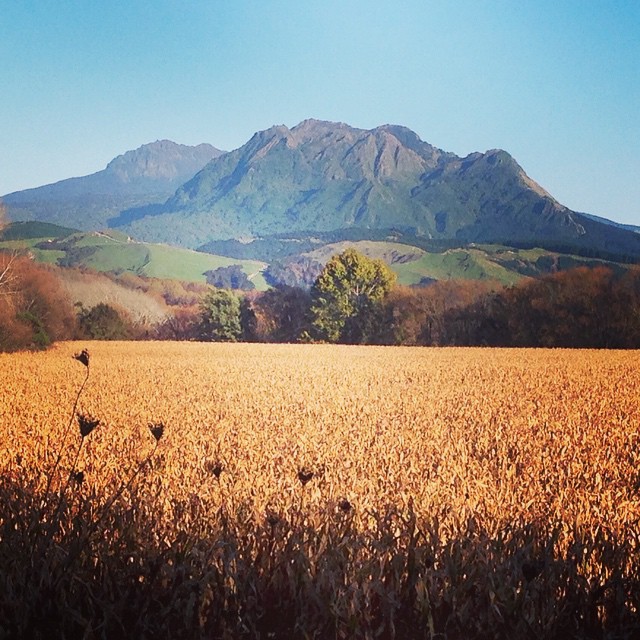 Miria and Maioha love their new school, making new friends and partic­ipating in the range of academic, cultur­al and sporting opportunities provided by Te Kura Kaupapa Maori o Te Waiu o Ngati Porou. Manu works for clients around the country from his caravan utilising the Nati Waiwhai internet provided to the pa by Te Runanganui o Ngati Porou. Tarsh has supported Te Parekereke Mokopuna o Hiruharama to become a licensed early childhood edu­cation service for the hapu. The couple have also helped establish Hikurangi Takiwa Trust, a hapu collective for the six pa in Rohenga 5, and both have vol­unteered in a range of roles for the trust. “We’re living the dream and have found it’s not as hard as we thought. We wish we’d done it ages ago,” says Tarsh.

While packing up their house in Gis­borne Manu found the builders level he gave Tarsh when they first got together 18 years ago, they plan to display it in their new house built on whanau when­ua before her next birthday.

The Kainga Whenua Loan Scheme is an initiative between Housing New Zealand and Kiwibank to help Maori achieve home ownership on their multiple-owned land.
www.hnzc.co.nz/buying-a-house/ kainga-whenua

The Maori Housing Network has been established by Te Puni Kokiri to help provide information and information.
www.tpk.govt.nz/en/whakamahia/ maori-housing-network/

The Maori Land Court can provide advice with enquires about the whenua Maori.
www.justice.govt.nz/courts/ maori-land-court

To be able to apply to the Maori Court for an Occupation Order you must be an owner in the land, or be entitled to succeed to the interest of any deceased owner in the land. The following provides some suggested steps to take when making an application

STEP 2:
Take a copy of the sketch plan, with the location of the house marked on it to the Gisborne District Council planning department for their comment. If a new house is to be built you should then get written confirmation from the council that they will issue a building permit for a new house or for any requisitions they may impose.

STEP 3:
Pick a date to call a meeting of owners at a marae or whanau hui, which can be held in Gisborne or up the Coast. A meeting is needed so the owners can consider the proposal and make a decision. Two advertisements also need to be placed in the Gisborne Herald 14 days & 7 days prior to the meeting (keep a copy of the advert and attach to the application).

STEP 4:
Obtain the consent of the other owners in the block to your application. A list of owners can be obtained from the Maori Land Court. It may not be possible to contact all the owners, but the court will need to know that there is sufficient degree of support for the application. If the owners can’t appear at the hearing to support you, then you should get their consent in writing for the presentation to the Court before or at the hearing.

STEP 5:
Make an application to the Maori Court for an Occupation Order and filed in the Court Registry, together with a fee of $60.00.

STEP 6:
The Maori Land Court will write to you advising the date of the hearing. You should then appear at the court on the date and explain to the Judge why you require the Order. You should also bring along the written consents from the other owners.

IMPORTANT: In all cases the person should be aided by a solicitor to make sure that their interests are looked after, and where they stand by law. This is well worth doing due to the value of the assets at stake.

NOTE: After the Order is made and the house is built, you should then apply to the Court for a Determination Order, determining your ownership in the house. However, if your house is already built, an application for occupancy and ownership of the house can be made at the same time.