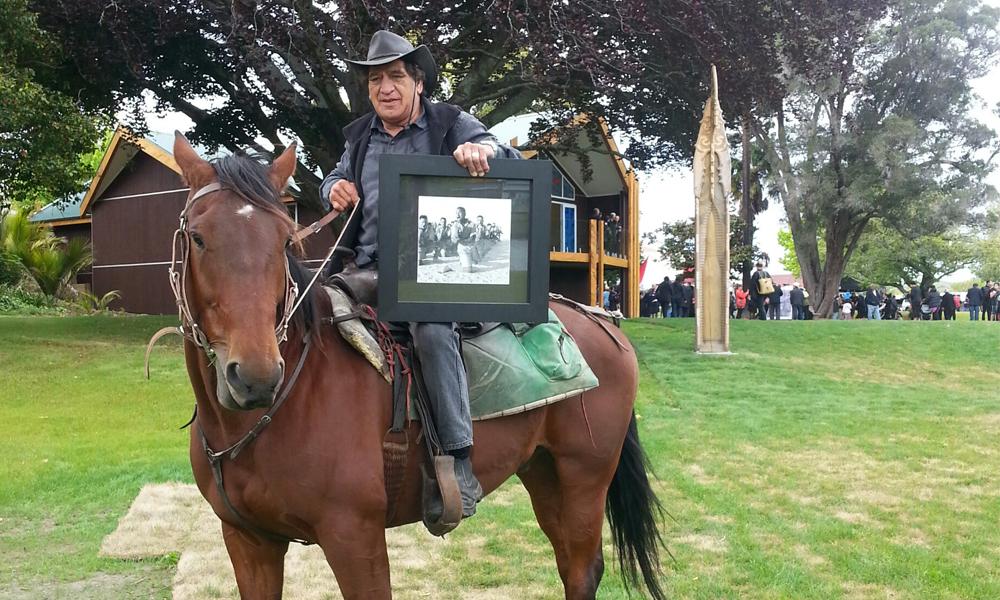 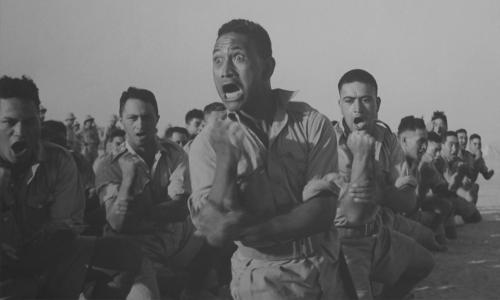 Reihana is proudly holding a treasured photograph of his tipuna Te Kooti (Scotty) Reihana from Rangitukia.

Reihana Tipoki (aka Boy Pakeha) was one of the horsemen who helped lead the march from Te Poho o Rawiri marae to C Company Memorial House on November 15th.

He and his trusty steed Awa (named in honour of the Waiapu) posed for this photo after the official opening of the whare. Reihana is proudly holding a treasured photograph of his tipuna Te Kooti (Scotty) Reihana from Rangitukia.

In the photograph his tipuna is pictured with fellow members of C Company performing a haka for the King of Greece at Helwan, Egypt, on 25 June 1941.