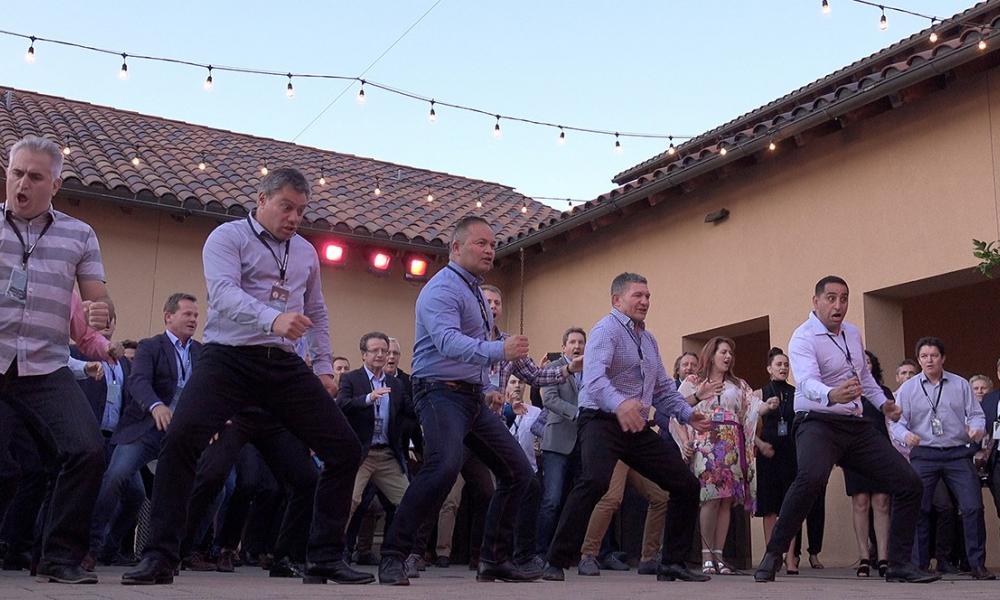 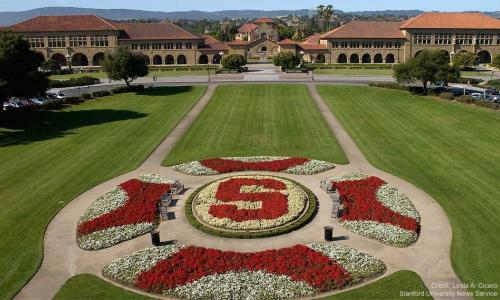 What the Boot Camp taught me was to focus, create a movement and don’t be distracted by issues that impede the im­plementation of the vision

Te Hono is the name of a movement established in 2012 by leaders from the NZ Primary Industry. The focus of Te Hono is to transform the approach NZ’s primary industry sector has tradition­ally taken in regards to products such as dairy, meat, seafood and wool. Te Hono encourages its members who are alumni of the Stanford boot camp, to stop work­ing in silos and be collaborative rather than competitive. They also encourage members to move away from playing the commodity game and to think of oppor­tunities to add value instead of volume.

Ken and Victor joined the fifth intake of the Stanford boot camp which had 51 new recruits. Amongst their cohort in­cluded both the Minister and Director General of the Ministry Primary Indus­tries, several government organisation di­rectors, as well as Chief Executives and Senior Managers from New Zealand’s primary industry sector. The theme of this year’s event was - transformational lead­ership, unlocking value and inspiring ac­tion. Looking at ways industry and gov­ernment could collaborate better together to achieve these objectives was the key focus for all the representatives attending.

The boot camp started at 6am each morning with a compulsory exercise activity to boost the energy levels and stamina of each attendee in preparation for their demanding day ahead. The rest of daily programme consisted of lectures by the University’s Business and executive management School faculties along with presentations by local and international business leaders and workshops.

Ken says he found the intellectual calibre of the Stanford lecturers mind-blowing.

“If you had to grade them, I would say they deserved an AAA plus, you just wanted to keep learning more from them. They really challenged us to think criti­cally about the strategy, vision and cul­ture of the organisations we represented, and helped change our outlook on how things are now and how they could po­tentially be. They also gave us real-life case studies of companies that adapted and grew, and those that hadn’t and gone bust. Then they asked us to contemplate whether we wanted to be the ones that failed or the ones that thrived.”

“Some of the business leaders that spoke to us were New Zealanders who had based themselves in America. We had Tim Brown, the founder of All­birds Shoes, whose korero was around the benefits of being super focused on your value proposition and not trying to please everyone. We also had Sarah Robb O’Hagan, former President of Gatorade, who talked about how she turned around the struggling com­pany by re-struc­turing Gatorades offerings from a basic sports drink to a range of sports fuel products.”

“One of the major highlights of the experience for me was sitting in a room among fifty of New Zea­land’s elite business leaders for a week. We all got all really well together, and now I can pick up my phone and call who-ever is doing some amazing things around the country and ask them for ad­vice. You can’t buy that kind of a network or collaboration. The relationships that were made will be of direct benefit to Ngati Porou in the future.”

“Another highlight was being inspired and motivated by the incredible things that people in Silicon Valley are doing. The en­vironment there is so different, every­one is always on the go and they are not afraid of failure – they just move on to the next opportunity. Also they don’t talk about their investments or projects in the thousands or millions of dollars. They talk in the billions!” 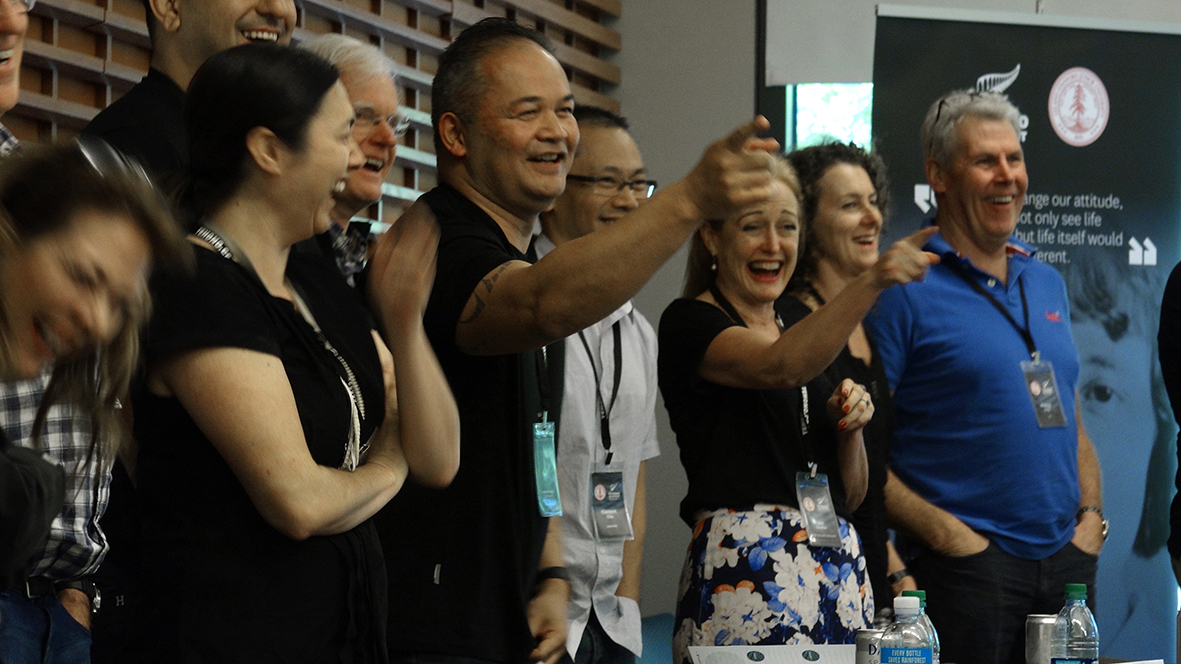 Victor says he shares many of the same highlights as Ken from his Stanford experience.

“The presenters and professors from the university were top notch and net­working with the other Te Hono Boot Campers was invaluable. Since the trip I have been in contact with a number of them to help me with our Ngati Porou Miere kaupapa.”

“Some of the learnings I took away was understanding decision making (or lack of) as it relates to those in governance roles. We learned some can be charac­terised as risk adverse (Type 1’s) to those that are more entrepreneurial (Type 2’s) and take calculated risks. We also learned about the exploitation vs explo­ration of resources. Exploitation refers to “exploiting” existing resources, which large corporations do well."

"However as the organisation grows things become overly cumbersome and slow to react to change. Take Blockbuster and Netflix as an example - one of these didn’t adapt well to change. Exploration refers to those companies that are always looking at new areas of business and invest in in­novation and R&D to keep them ahead of their competitors. Both of these can exist within the same organisation but you need an ambidextrous leader.”

“What the Boot Camp taught me was to focus, create a movement and don’t be distracted by issues that impede the im­plementation of the vision. In the main our Ngati Porou Miere strategy is cor­rect but things need to be done faster. There is no time for politics and other agendas that will impede progress.” 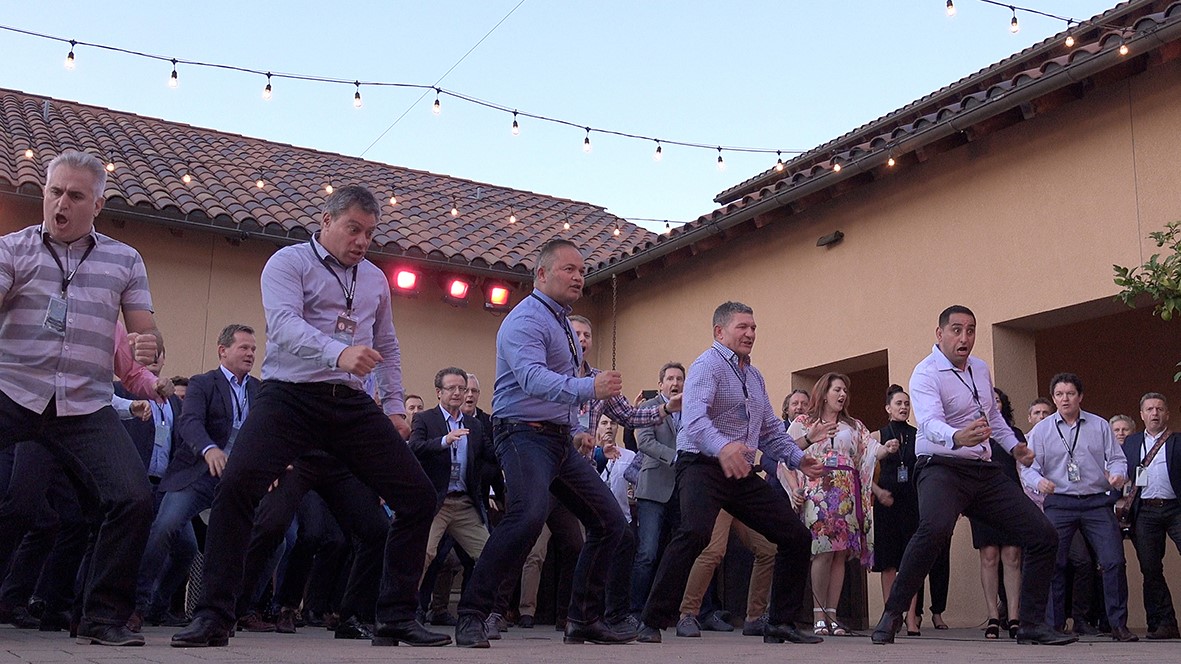 Te Hono alumni member Hilton Collier, met up with Victor and Ken at a group dinner on the final evening of the Stanford Boot Camp. Hilton had already been in the California region representing Pakihiroa Farms as part of a Te Hono working group Waka Aoteroa. This group were researching American consumers attitudes to New Zealand’s wool products and the psychology be­hind their purchasing decisions. The trip included meetings with US carpet manufacturers who use Pakihiroa wool in their carpets.

After the boot camp had ended Hilton and Ken joined a small group who had been supported by Callaghan Innovation to attend two conferences. Amongst their roopu were Karena and Kasey Bird, former winners of Mas­ter Chef NZ turned entrepreneurs. The first conference they attended was Soil to Fork, which showcased new food tech­nology start-ups by providing them the opportunity to pitch to the crowd in a competition. The common denomi­nator amongst the companies at Soil to Fork was that their products could demonstrate to consumers truth, trust and transparency when applied across the food supply chain. The second visit on the group’s itinerary was the Forbes Ag-tech conference which displayed the latest technologies in terms of agri -business.

Ken says since the visit to America he has returned with a new mind-set and confidence.

“Te Hono taught us that the key to success is to take action – sometimes too much talking or planning goes on and nothing gets done. I have started working on some new products and I’m collaborating with a few people I met on the programme. What I learned was products don’t have to be perfect straight away. It’s better to test them out with consumers in the real-world and make suitable tweaks as you go.”

“Now that more of us have had this experience at Stanford we are keen to share our knowledge with others and help ingrain innovative ways of thinking about how we execute our business op­portunities. This includes continuing the dialogue with the young Ngati Porou professional network we started in April. We have also begun reaching out to our Ngati Porou rangatahi who are still at school. Next month Ngati Porou Hold­ing Company will be supporting a group of around 20 Ngati Porou students to at­tend a Te Hono boot camp for rangatahi at Stanford.”

For more information about Te Hono go to www.tehono.co.nz 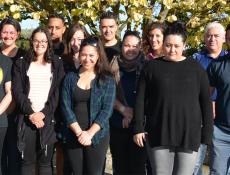 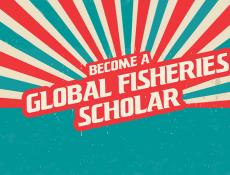 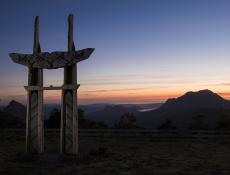