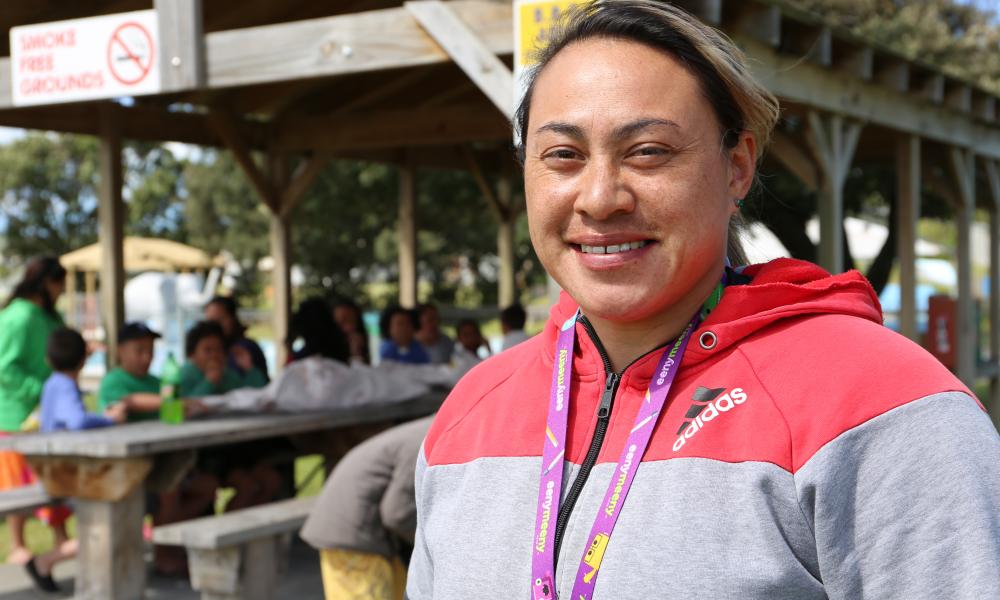 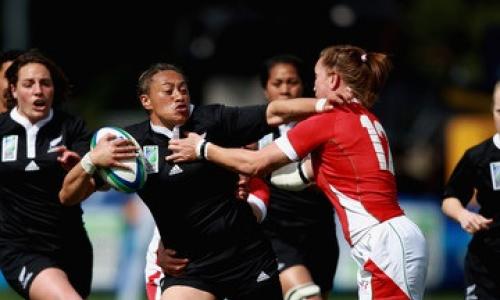 Trish Hina has a vision for women’s rugby on the Coast. It not only involves wearing the Sky blue colours in front of a deafening home crowd at Whakarua Park. But it also entails playing in one of the colossal grand stadiums in Rio de Janeiro.

Trish Hina has a vision for women’s rugby on the Coast. It not only involves wearing the Sky blue colours in front of a deafening home crowd at Whakarua Park. But it also entails playing in one of the colossal grand stadiums in Rio de Janeiro.

In her day job Trish is a Social worker in Schools kaimahi for Te Runanganui o Ngati Porou. In her other mahi she is First five centre and Coach of the Ngati Porou East Coast Womens Rugby team. Trish, alongside Amoe Tarsau (2nd five centre/ Team Manager) have recently established a NPEC Womens’ development squad, and have embarked on an ambitious plan to achieve their overall vision.

Amoe also works as a kaimahi for the Runanganui in the Youth Services team. For both wahine supporting rangatahi is not just a professional occupation, but one that they nurture in their personal lives using sport as a platform. Four sporting codes in particular played a huge part in Trish’s life growing up as a young person.

As a 16 year old she represented New Zealand in softball as a Junior NZ White Sox player. The next year she pulled on the national colours for the Kiwi Ferns Womens League team ( in which her team subsequently won three world cups). She also represented the country in Touch, and in 2010 was part of the Black Ferns who won the Women’s Rugby World Cup.

Rugby is the sport she is most passionate about, and wants to pass on her experiences and knowledge to developing women’s rugby in the region. “I want to help provide the same opportunities for our young females that I had. When you play at a top representative level you have access to scholarships to study and play overseas, and also companies want to hire you. Gisborne hasn’t had rugby for a few years now, but there are so many opportunities for women right now, this region is missing out.”

In late June Trish and Amoe called a muster for interested players, and this drew an overwhelming response which has grown over the last 2 months. The age of the players range from 15 years to 48 years, andtrainings are held twice a week- one in Gisborne and one in Ruatoria. Trish says that for many it is the first time they have touched a rugby ball, butbecause the majority of the squad are teenagers, they can learn good habits.

“These girls are the future of women’s rugby and they are showing a huge commitment. Their parents are also really supportive, and have been helping us out. We had a trial game a last week, just to see how we were progressing and 35 players turned up. As a result we have had to create two teams for the Bay of Plenty competition we recently started entering every Sunday.”

This competition is part of the long term game plan the NPEC Women’ Rugby development squad has to achieve its vision. Over an eight week period they will travel across to the Bay of Plenty region, with the goal of making the finals at the end of September. Another component of this plan is to create a NPEC Women’s Sevens rugby team to play in a tournament from November to January.

“Because Sevens has been recognised as an Olympic Sport, we will be choosing 12 girls to represent our region in a North Island tournament over the summer. By participating in these events it will not only improve our girls’ skills and confidence, it will also expose them to possible selection by the NZ Womens Sevens team for the 2016 Olympics in Rio, or the Black Ferns. The national selectors will be at the tournament, and our aim is to make it into the top three for the Seven’s nationals in Rotorua.”

The women’s team are currently supported by Te Runanganui o Ngati Porou and the East Coast Rugby Union, but would like to seek support from other sponsors to help achieve their objectives of national and international representation, as well as developing rugby at a primary, secondary school and Senior Women’s level within the region.

On September the 7th the NPEC Womens’ Rugby Team were the curtain raiser for the NPEC Heartland’s team home game at Whakarua Park. They played a women’s team from Opotiki and won 35 – 12.

“Eventually we would like to have the same recognition as the men, says Trish. “Our goal is to have a NPEC Womens’ team that travels around the country representing our Iwi. For any Nati there is nothing that can replace the pride of playing for your own tribe, not even wearing the All Blacks or the Black Ferns jerseys.”

We need your support with:

You have the opportunity to be part of this great initiative; Live Sky TV coverage of the 7’s tournaments held in Palmerston North and Rotorua; Live Sky TV coverage of the Womens NPC competition final; Free entry to our home games which are curtain-raisers to our Heartland Mens’ team Promote your business in media interviews; Display banners of your business at our games. 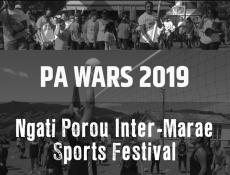 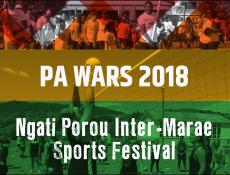 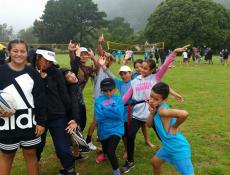