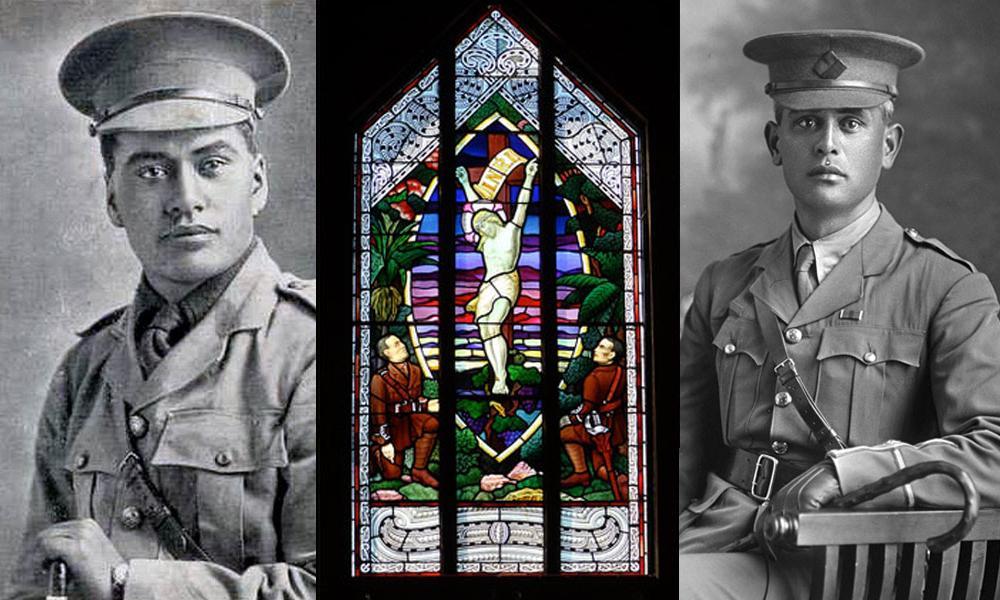 Set on the eve of the Battle of Somme in France, Meihana says that He Wiwi Nati will offer a cinematic perspective of the calamitous events that confronted 2nd Lieutenant Kohere and his fellow Ngati Porou soldiers on the frontlines of trench warfare in Somme in September 1916.

Members of the Kohere Whanau recently gathered at Te Tini o Porou in Gisborne to lend support to a new short film project based on the story of their tipuna and renowned Ngati Porou soldier, 2nd Lieutenant Henare Mokena Kohere.

The short film, He Wiwi Nati, is to be directed by Meihana Kakatarau Durie, a great-grandson of Reweti Kohere of East Cape, who was an older brother to Henare and Tawhaikura Kohere, who both served in Te Ope Tuatahi in World War One. Ngati Porou suffered significant losses during the war and the short film will aim to capture a momentary insight into the nature of the experiences that Ngati Porou soldiers encountered during the Somme Campaign.

Set on the eve of the Battle of Somme in France, Meihana says that He Wiwi Nati will offer a cinematic perspective of the calamitous events that confronted 2nd Lieutenant Kohere and his fellow Ngati Porou soldiers on the frontlines of trench warfare in Somme in September 1916.

“Uncle Henry was fatally wounded when the Ngati Porou contingent came under enemy attack during their final preparation of trenches for the Allied Offensive. In his final hours and de­spite the rapidly worsening nature of his wounds, we understand that his focus shifted to the welfare of the survivors of the attack, a group that included several whanaunga as well as his younger broth­er Tawhaikura.”

Meihana is careful to mention that whilst these events provide an important context for the film, there is also a desire to reveal some of distinctive elements of the Wiwi Nati identity. “Whanau ac­counts and indeed many other korero that we have heard about and read em­phasise the special nature of the bonds that the Ngati Porou contingent enjoyed but also their inseparable connections to home and to whanau. He Wiwi Nati was a defining and quintessential element of their Ngati Porou identity.”

Leadership succession within Ngati Porou suffered significantly as a con­sequence of both World Wars and He Wiwi Nati highlights the impact that war casualties took upon successive generations of emerging Ngati Porou leaders. Henare Kohere’s final wish was made to Te Rangihiroa (Major Peter Buck) and requested that command of the Ngati Porou platoon go to his whanaunga, Captain Pekama Kaa. Trag­ically, little more than a year later, Peka­ma Kaa himself would be killed in action whilst serving in Ypres, Belgium.

Throughout the presentation at Te Tini o Porou, a number of whanau members shared some of their own per­sonal recollections of the stories told to them about Henare Kohere and the na­ture and significance of his legacy.

David Swann, a grandson of Henare, said, “Although I never met my grand­father, my mother Ngarangi was only 3 years old when her father left to go to war. His presence and the devastating impact of his untimely death on her and her siblings, Te Huinga and Boy, and our wider Kohere whanau is still as real and heartfelt today as it must have been then, nearly 100 years ago. I have a framed photo of my grandfather on the wall in my house and every morning, I greet him and then again at the end of the day.”

Awhina Houkamau, a grand-niece, said, “We all grew up with a strong con­nection to Uncle Henry, partly because a large framed photo of him was in the hallway of our grandparents house. The reverence we had for Uncle Henry, was not just because he cut such a dashing figure in his Officers uniform, but be­cause every time his name was spoken, which was often, the adults would all get that far away look in their eyes and many would once again be moved to tears.”

Also at the presentation were well-known Ngati Porou reo experts, authors and contributors to a number of Ngāti Porou literary works, Wiremu and Josie Kaa. Wiremu is a nephew of Pekama Kaa and both he and Josie were warmly acknowledged for their work in bringing together their 1994 publication, “Nga Korero a Reweti Kohere Ma.”

Much of the short film is based on a letter from their publication, authored by Reverend Henare Te Wainohu (Nga­ti Kahungunu) a close friend and comrade of Henare Kohere. ‘He Reta no Te Pae o Te Pakan­ga’ (the title of the letter) is a poignant and de­tailed account of Henare Kohere’s final moments in the Somme.

With grow­ing support for the project and with the 100-year an­niversary of the Somme campaign fast approaching, Meihana thinks that the timing is right for this film to see the light of day. “Every film ultimately takes its own path as it journeys towards production,” he believes. “The journey to make this film started back home at East Cape many years ago and the time seems right for it to now come to fruition.”

Meihana adds that filmmaking brings another dimension to the way in which whanau, hapu and iwi stories are told and preserved for future generations. “As Maori, as Ngati Porou and as whanau, the medium of film brings with it distinct possibilities to shape and interpret our own narratives through a cine­matic lens and to ultimately share stories that are made by us and that are about us.”

As the project gathers speed, a number of Ngati Porou contribu­tors have already offered valua­ble insights and perspectives to enrich the project and a key objective of the undertaking is to offer aspiring Ngāti Porou filmmakers a chance to be involved from early 2016 leading into the production phase. Making the film will involve several logistical challenges and so whanau are working to help raise funds required to cover basic production costs and to se­cure in-kind support where possible. So what types of things are important in terms of a production like this?

“Visual authenticity is critically imim­portant in a project of this nature,” Mei­hana explains. “The world that we cre­ate needs to be true to the story we’re telling. Much of our initial focus will go on raising the funds necessary to achieve that. We’re hopeful that the spirit of independent filmmaking might reso­nate with potential sponsors who want to come on board to traverse the film’s journey with us.”

It’s what lays at the heart of this story, however, that Meihana suggests is pro­pelling He Wiwi Nati towards produc­tion in 2016. “This film is about a special person who left behind a remarkable legacy to his whanau and to Ngati Porou. Although the futility of war perhaps raises more questions than answers for Ngati Porou whanau, it’s also a constant reminder that we should cherish the legacy of those who sacrificed their lives for a cause that we may never fully comprehend.” 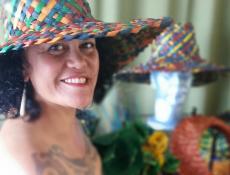 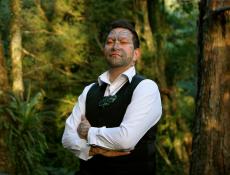