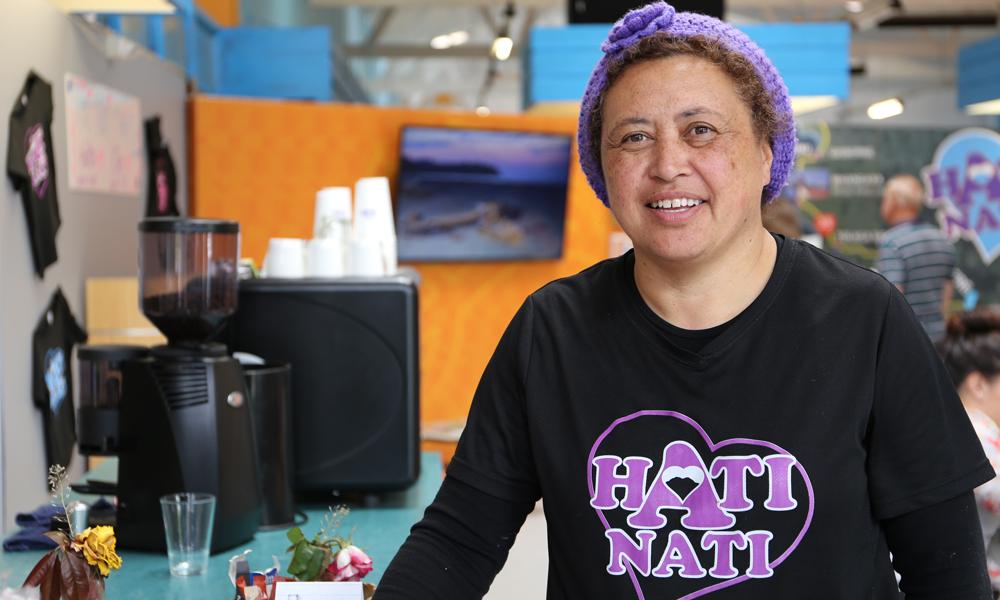 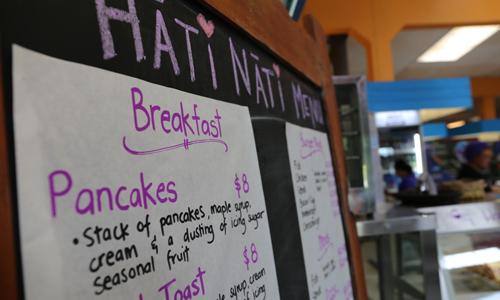 I hope whether they are local or visitors that they feel the manaaki, tiaki and aroha of Hāti Nāti emulating in authentic Ngati Porou style

Summer is upon us – which means Christmas get-togethers with whanau and friends; hours wiled away at our beaches and rivers; and the annual influx of Natis coming home for the holidays. A new café in the heart of Ruatoria hopes to be part of these festivities, and a destination venue, by emulating the hospitality Ngati Porou are known for – serving delicious kai with aroha.

It took bare cupboards and her last dollar for Donnette Kupenga, other­wise known as Don, to have her biggest dream. With strength of conviction and self-belief the single mum saw beyond her personal circumstance to dream of owning a business to sustain her whanau and provide employment opportunities on the coast. Today she’s realising that dream with the Hāti Nāti Café – a busi­ness that combines her love of food with marae-grown values like manaakitanga. Don says, “I cannot go past marae 101 lessons with Aunty Mama (Heni Nga­tai), Aunty Kuia and Uncle Maurice Keefe who is in the hangi picture hang­ing in the café.”

The café utilises colour with artistic installations created by designer Jimi Hills to completely fill the space and transform the interior of Ruatoria’s larg­est building. “Initially I wanted some­thing hearty and Ngāti and authentic to what I believe represents us as Ngāti Porou,” Don explains. “Jimi and his wife Juals Toroa brought the colours and photographs to life and the physical cre­ation of the Hāti Nāti café was born. It was an awesome effort where everyone supported the same vision. Basically all our whanau and friends stepped up and helped get the job done.”

To match the visual feast of the sky blue, purple and gold accented sur­roundings, is a menu that’s unique to the Coast. “I want to offer more food to the world that we in Ngāti Porou love to eat such as rewena, kānga waru, toroi. Eventually I want to be able to say that not only are we making everything but it’s all locally grown, bred, fished and harvested too.”

As well as the café, there’s a formal dining area that seats 60 called Matā, a board room that seats 12 named Waia­pu, and two more rooms under devel­opment – Tapuaeroa and Makatote. “I had hoped to open the farmers market at Labour weekend but will need a bit more time to complete the rooms for the Christmas functions and then refocus on the market,” says Don.

Like a newborn baby, Hāti Nāti rep­resents “not much sleep”, and a substan­tial financial investment and challenge. But Don says the fear of not trying outweighed the angst of not being able to pay the bills. “I was scared out of my wits, at the enormity of the project and its corresponding costs, but I think be­ing a sole parent, and having to go with­out to ensure your kids’ needs are met, is what determined the importance of each step I took in this journey. My most powerful fear was not giving it a go.”

Don’s hankering to be her own boss can be attributed to her resourceful mum, the late Vapi Kupenga who knew a thing or two about sales. “My mother was well versed in the knowledge and theory of business, and even attempted a few initiatives, of which my sister Eve­lyn and I would support, whether it was cleaning houses, selling Orchy Juice or Avon products.”

Data collected for the 2013 Census showed a decrease in the number of businesses, as well as a decrease in paid employees. The retail trade accounted for 13.6% of jobs in Ruatoria – that’s 30 people. Don’s business should help turn these numbers around. “In two years time I want the café to be turning over a profit and be financially viable. I also hope to grow the business by offering other services.”

But for now it’s about getting custom­ers through the door – and treating them to a unique Nāti experience. “I hope whether they are local or visitors that they feel the manaaki, tiaki and aroha of Hāti Nāti emulating in authentic Ngati Porou style.”