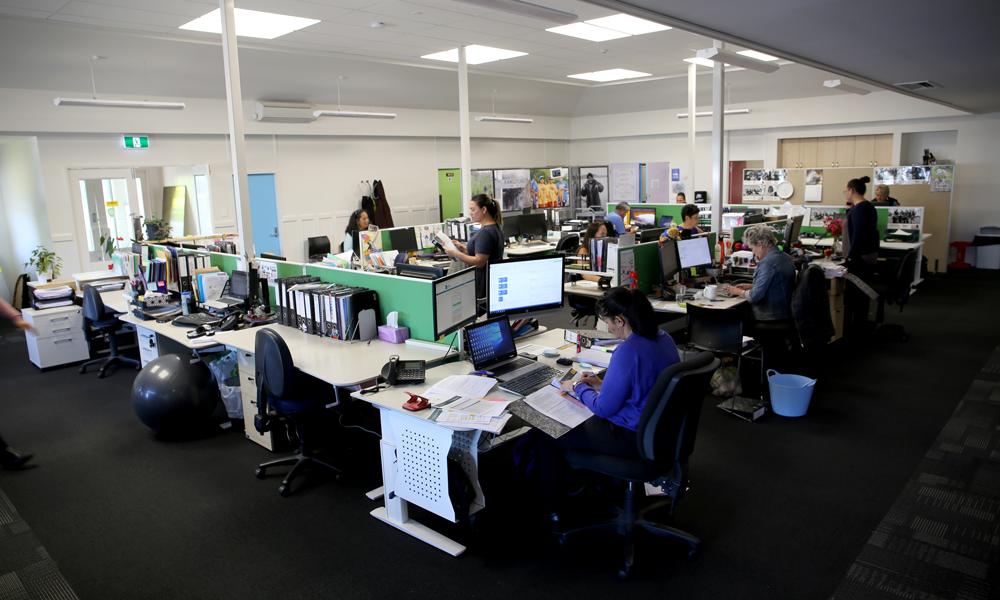 Whether it’s a port, better roads, new tourism jobs, or improving our health and social services, the Runanganui acts with good intentions. But, on occasion, the execution isn’t quite right and it falls to me and my team to make sure we are better next time out. A te tau e tu mai nei.

A PERIOD OF FINANCIAL CONSTRAINT

Since joining the Runanganui in late 2015, I have had the task of balancing my Board’s desire to make real gains for Ngati Porou with its concern for greater financial discipline across our operations. On the financial front, during the 2017/18 year I restructured the management and operations teams to reduce the Runanganui staffing by ten positions, and worked with my corporate management to identify and reduce other back-office costs.

At the same time my social services leadership team took a much closer look at the contracts and funding arrangements we had with government departments, to make sure we weren’t signing up to deliver services that cost us more to run than we were being paid. That may sound clinical, and it is. Nevertheless, I moved us away from taking on contracts that the government agencies themselves would never attempt to deliver for the budgets that went with them.

The Board also agreed that, as part of the drive to ensure we were living within our means, it would reduce the funds available for distribution by Toitu Ngati Porou until we were on a better financial footing. The Board’s ultimate aim, however, is that we be more efficient with the use of funds within TRONPnui, and its subsidiaries, so that more funds can be freed up for distribution to Ngati Porou and Ngati Porou development.

The measures we brought in this year meant our service revenues from the Crown increased, our operational costs stayed within budget, and we made in-roads to reducing our bank debt. This is reflected in the Group’s overall financial position for 2017/18, alongside solid commercial results that lifted the Group’s assets by almost $10.8m to total assets of $243m.

To that end, Ngati Porou Holding Company kept a solid focus this year on further developing its subsidiary businesses - Ngati Porou Seafoods and Pakihiroa Farms. The company has acquired its own hives for manuka honey and is cultivating new ventures in local tourism and berryfruit. Holdco’s equity investment portfolio performed largely in line with the year before and was responsible for the lion’s share of the Group’s earnings. Seafood earnings increased by $0.4m this year, while Pakihiroa Farm took the decision to enter into new leases to scale up its future production. This led to a decrease in Year-End earnings for the farms compared to last year.

Toitu Ngati Porou oversaw $0.7m in distributions to marae and also to groups who undertook te Reo o Ngati Porou learning and promotional activities with their local whanau. Toitu, through its main staff member, also worked with other agencies to help bring in a further $0.3m in lottery funding for marae and community projects at home. I acknowledge and thank Lillian Tangaere-Baldwin and her board colleagues for their diligence and support in what has been a very trying period for the Trust.

Our Whanau Oranga (social services) team engaged with 2500 clients during the course of the year. The majority of those were one-on-one support relationships. Whanau Oranga’s services cover a wide range of areas. These include; school attendance, youth engagement and vocational training, plus working with young parents, facilitating family group conferences, and providing a range of justice programmes. Whanau Oranga also offered emergency housing and brokered housing repairs through government agencies. Steps are in place to see how, in partnership with funders, we can improve all aspects of what we do so that we can better help the whanau in our area.

MAKING USE OF OUR MAIN BUILDING

In early 2018, as part of our focus on social housing, we opened Nga Kaenga Ahuru, a block of nine emergency housing accommodation units on-site at Te Tini o Porou. Prime Minister Jacinda Ardern opened the units (we had initially invited the Minister of Maori Development to the opening but she upgraded us to the big boss!) and Bishop (now Archbishop) Don Tamihere carried out the official blessing. Nga Kaenga Ahuru has been in high demand since it opened and our team works hard to support our tenants and help them to secure more permanent accommodation.

In March the Runanganui’s operations in Gisborne were brought under one roof at Te Tini o Porou. In tandem with the new emergency housing units this was another step towards making good use of our main building and property in Gisborne and saving on lease costs. For the year ahead we are looking at the option of developing affordable housing units to make use of the wider land area in Kaiti.

Two major exercises during the year involved the completion of the TRONPnui trust deed review - with a voting process for the proposed changes to the Deed, and also the bi-election to appoint the new representative for Rohenga Tipuna 3, Pohautea ki Te Onepoto.

The trust deed vote was preceded by a series of information hui held within Ngati Porou and hosted also by Ngati Porou taurahere in Tamaki, Waikato, Turanga, Heretaunga, Poneke, Waitaha and Otepooti. Just under 1600 people voted on the trust deed changes. All of the changes recommended by the TRONPnui board were approved by the vote. The Board did not offer a view to voters on the matter of nohokaenga representation, but the vote was firmly in favour of retaining those representation arrangements. However, as Ngati Porou moves forward, it is inevitable that discussions will return to how we can best provide for all Ngati Porou while recognising the distinctive role carried by the ahi kaa on behalf of us all.

In August we completed the bi-election for Rohenga Tipuna (RT) 3. This took longer than originally planned and I was a little worried that Aunty Heni would have had her unveiling before we had found her replacement. In the end the RT3 voters had a good range of candidates to choose from and the end result was Derek Fox’s election to the Board. I want to add my congratulations to Derek on his election to the Board and acknowledge, as well, all of the other candidates who stood in the bi-election. It’s not easy putting yourself up to be voted on by your Ngati Porou relations.

We also saw the new Government get in behind the Nga Rohe o Nga Hapu o Ngati Porou agreement and draft Bill. It was the previous Labour government that put in jeopardy Maori rights to the foreshore and seabed and it has fallen to this Labour-led Government to pass legislation to support our hapu and their takutai interests.

There was a range of other ‘natural resource kaupapa’ taken to the people this year, including the ongoing dialogue about freshwater and how Ngati Porou hapu, landowners and East Coast communities can shape decisions on water quality use and sustainability. We also participated in a Tairawhiti-wide initiative to seek a Maori land information service to work with our landowners, especially the smaller land blocks.

The land service project was stalled with the change of government (all around the country, not just in Tairawhiti) but we will continue to advocate for this as part of the new Government’s agenda for provincial growth.

On that, the Runanganui and its commercial holding company, have helped lead the economic development discussions and plans for Tairawhiti. The Government’s announcement of more than $300m for roading improvements very much includes State Highway 35. Other parts of the regional economic development agenda includes support for increasing the utilisation of Maori-owned land in the region, and Maori tourism.

Our own focus on fostering Ngati Porou tourism was given a real leg-up when we entered into a relationship agreement with our national carrier, Air New Zealand and, through Toitu Ngati Porou, did some great joint work with NZ Maori Tourism. Both national entities have helped us to work on local tourism experiences to ‘bring-to-market’, including plans to offer a premium guided tour on Hikurangi. This work is still in the beginning stages, but we should be optimistic about the opportunities we can turn into reality in the years ahead.

The year has not been without its set-backs. The Runanganui and Holdco ran afoul of Wharekahika locals about a proposal to do a full feasibility study on a new port at Hicks Bay. During the year I was sent regular updates on the number of people signing a petition opposing a port. I stopped counting when it reached 3000. Upon reflection, our communication and engagement with local hapu and the Hicks Bay community left a lot to be desired. The prospect now of having enough local support to even entertain carrying out a feasibility exercise is pretty remote, and the Runanganui acknowledges and respects that.

Whether it’s a port, better roads, new tourism jobs, or improving our health and social services, the Runanganui acts with good intentions. But, on occasion, the execution isn’t quite right and it falls to me and my team to make sure we are better next time out. A te tau e tu mai nei. 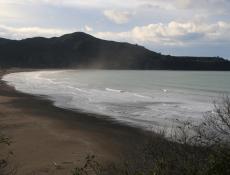 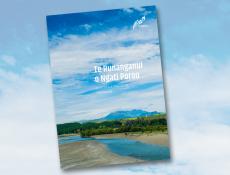