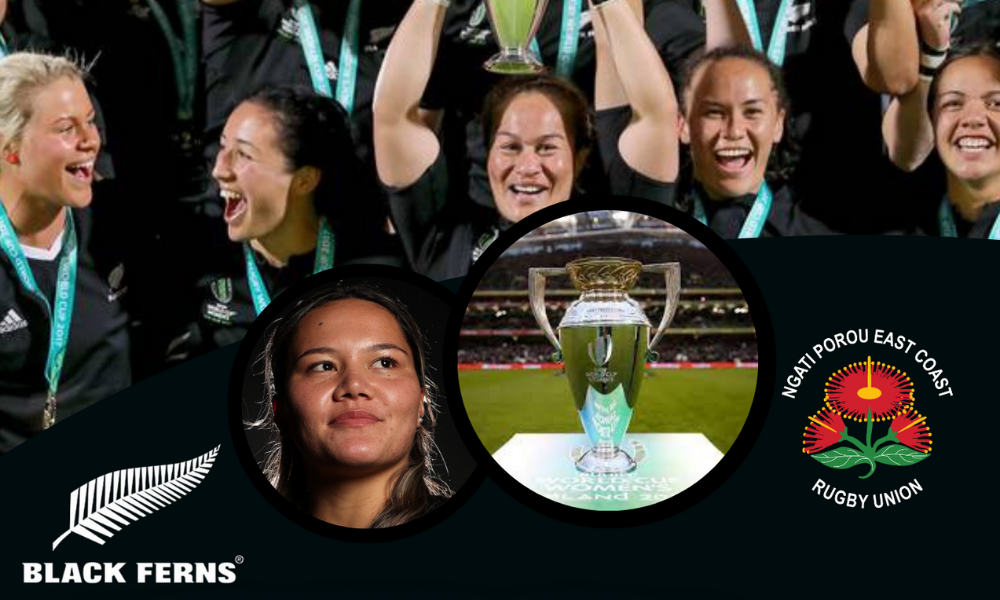 A mass pohiri to welcome the World Cup of Women’s Rugby, to the homeland of Ngati Porou rugby, will help kick start the launch of a new Iwi vaccination campaign, ‘Tomo Mai.’

A mass pohiri to welcome the World Cup of Women’s Rugby, to the homeland of Ngati Porou rugby, will help kick start the launch of a new Iwi vaccination campaign, ‘Tomo Mai.’

The pohiri led by Ngati Porou kura at 9.30am, Monday 8 August at Whakarua Park provides an opportunity for the community to support the health and wellbeing aspirations behind the promotional campaign. While at the same time supporting the premiere international women’s rugby event that Aotearoa is hosting in late 2022.

Wrapped around the mobile vaccination clinic, will be fun activities, games and special rugby drills for the whole whanau. There will also be cool giveaways, including NPEC merchandise.

‘Tomo Mai’ is a collaboration between Ngati Porou Hauora and East Coast Rugby Union, during the course of the Heartlands Championship season. At every home game played by both the Men’s and Women’s Ngati Porou East Coast rugby teams, Ngati Porou Hauora will be there providing COVID vaccine shots and boosters, as well as flu shots.

“Tomo Mai” was inspired by the waiata of the same name by one of Ngati Porou’s most prolific composers, Henare Waitoa. TRONPnui Chair Selwyn Parata says the waiata talks about welcoming our soldiers’ home after battle and re-joining the “wa kainga” (home).

“As our boarders open, we welcome whanau, friends and manuhiri from near and far, back to Te Tairawhiti. For many whanau who have not seen their Nati relations due to the pandemic, the happiness they feel is echoed in the song’s chorus with the line “kua tutuki te tumanako” (our wishes fulfilled).” 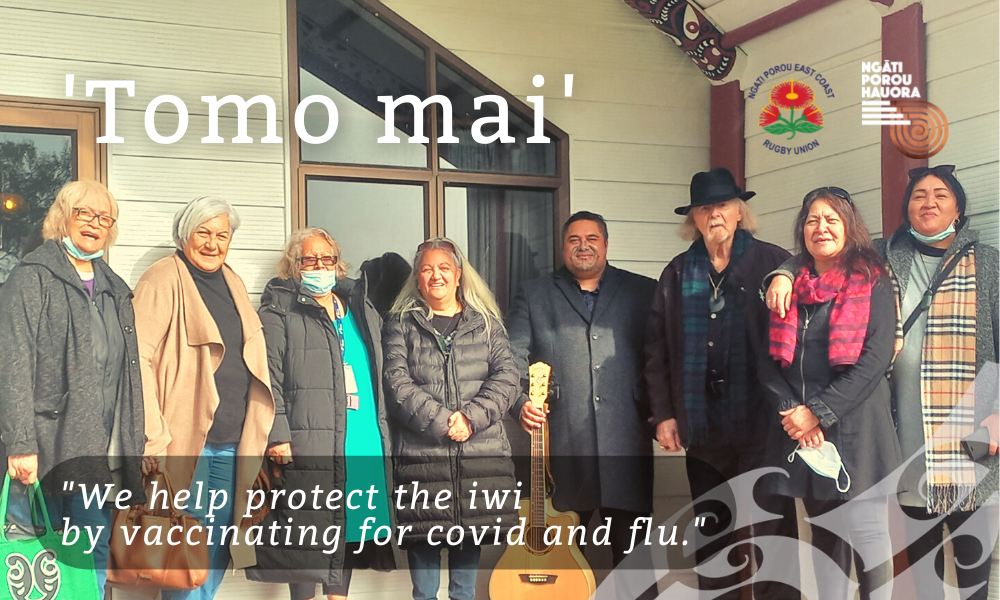 This year alone, hundreds of our own have contracted Covid, Flu and many of our pepi have fought viruses like RSV. Ngati Porou Hauora CEO, George Reedy believes it’s important that everyone continues to wear their masks, wash their hands regularly and stay home when they are feeling sick.

“The most proactive and important protective measure we can take for our own health, and the health of our loved ones is vaccination. It is a small but effective action that you can take for peace of mind.”

The new CEO of Ngati Porou East Coast Rugby, Leroy Kururangi endorses this message and says that is why they teamed up with Ngati Porou Hauora to support vaccination events at all their home games.

“We want all our players, supporters and even manuhiri to be as safe and as protected as they can be. Vaccination adds a layer of protection for us all.”

Leroy says he is excited about the pohiri next week and the upcoming Heartlands season. “Rugby brings people together on the Coast and we’re now seeing an emerging era of energy and passion for Rugby in all grades.”