Turning of the Tide - a Ngati approach 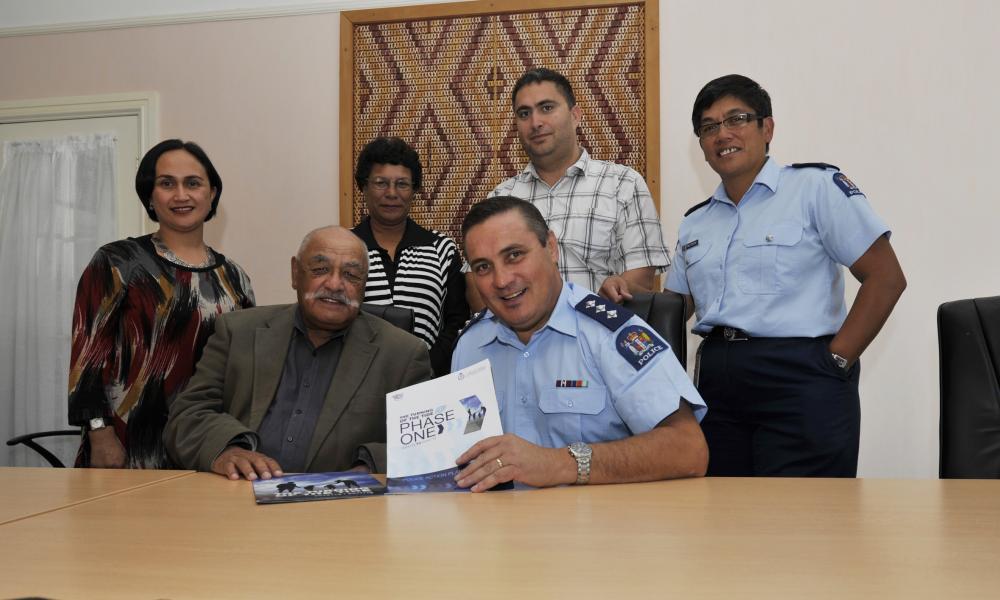 Together Te Runanganui o Ngati Porou and the NZ Police are navigating their way through previously unchartered waters in an initiative which encourages both organisations to join forces in the spirit of “Mahi tahi tatau.”

Together Te Runanganui o Ngati Porou and the NZ Police are navigating their way through previously unchartered waters in an initiative which encourages both organisations to join forces in the spirit of “Mahi tahi tatau.”

The Turning of the Tide is a new Police strategy launched at the end of last year which applies a prevention rather than an enforcement ethos to dealing with Maori representation in crash statistics and the criminal justice system. The strategy also commits Police and Maori to working together to achieve common goals.

The genesis for the initiative comes from the Commissioner of Police’s Iwi Leaders forum, of which Te Runanganui o Ngati Porou Chairman, Dr Apirana Mahuika is a founding member. The forum was also instrumental in establishing the Iwi Liason network within communities.

The strategy takes the role of the Iwi Liason officer one step further, whereby a NZ Police officer is based within an Iwi organisation instead of a Police Station. Ngati Porou is piloting the scheme, and Whiti Timutimu (Ngati Porou/Tuhoe), a Maori Responsiveness advisor formally based at the National Police Head Quarters, has been selected as the representative for our region.

Whiti says that Turning of The Tide marks a major step forward for the NZ Police. “The strategy is an attempt to apply a holistic approach to preventing crime in our communities and supporting whanau at risk. Instead of working in isolation, the NZ Police wants to collaborate with Iwi to find solutions to the issues that affect us as a wider community."

"My role is to work with Ngati Porou and the Tairawhiti Police community on a Te Runanganui o Ngati Porou Crime Prevention strategy that looks at the bigger picture, but I will also try to get some initiatives which address the five drivers of crime happening on the ground as well.”

Whiti has a vast amount of experience from which to draw from to implement her role. She has been a Police Officer for eight years, and before then was the Head of Department for the Sports Academy at Ngata Memorial College in Ruatoria.

She says she had always harboured ambitions of working for the Police, but after she left school she chose to enter the teaching profession. It wasn’t until she was teaching in Ruatoria that she decided to apply for Police College, and was supported by the late Sgt. Boy Keelan to undergo the recruitment process to become a Police Officer.

The theme of collaboration to achieve the goal of safer Ngati Porou communities is not only restricted to the partnership between the Runanganui and the Police, but also within the organisation itself. Since beginning her role in January Whiti has begun meeting with the different sectors which operate within the Te Runanganui o Ngati Porou Group to inform them about the objectives of Turning of The Tide, and to seek their input into the Ngati Porou Crime Prevention Strategy. These include the social, health and education services and business arms of the organisation.

Whiti believes each sector plays an integral role in reaching the common goal of reducing crime and road trauma. “Unemployment has a huge impact in terms of crime in the Tairawhiti. If we can lift the levels of education and skills in our region, it may enable people to obtain better paid jobs to look after their whanau, and help lessen our statistics in the criminal justice system. If we have healthy people who have access to opportunities this will also have a positive impact.”

Whiti acknowledges that with the work she is undertaking there is no quick fix, and the issues which have caused much of the offending which occurs in our rohe are inter-generational.

However she is confident that the collaborative approach Turning of The Tide promotes is the right step forward. “We need to move away from deficit models of thinking, and bring all our skills, resources and expertise around the table to help resolve our problems. By having a better understanding of what our shared goals and values are we can work together to create a better future for ourselves and our children.”

Turning of the Tide Goals To Achieve by 2015 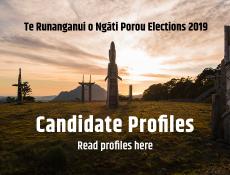 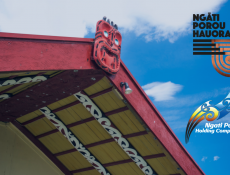